The 16th UK Shelter Forum was hosted by Catholic Relief Services, Habitat for Humanity and the Centre for Urban Sustainability and Resilience at University College London on Friday the 24th April 2015.  The agenda for the day can be viewed here and further details will be available soon.

The fourteenth UK Shelter Forum was hosted by by IOM and Save the Children in London on Thursday 13th March 2014.  You can download the agenda for the event here and a briefing note here.

In the morning, there were updates from different initiatives and group works on humanitarian response to urban crisis. While three different discussions were held in the afternoon.  The UK Shelter Forum was preceded by a PechaKucha evening bringing together researchers and practitioners to discuss shelter, settlements and disasters.  Posters and presentations from this event are available here.

Lessons from the Philippines

15 years behind WASH? Unresolved issues in the shelter sector and the ‘deep craft’ nature of shelter and housing technology 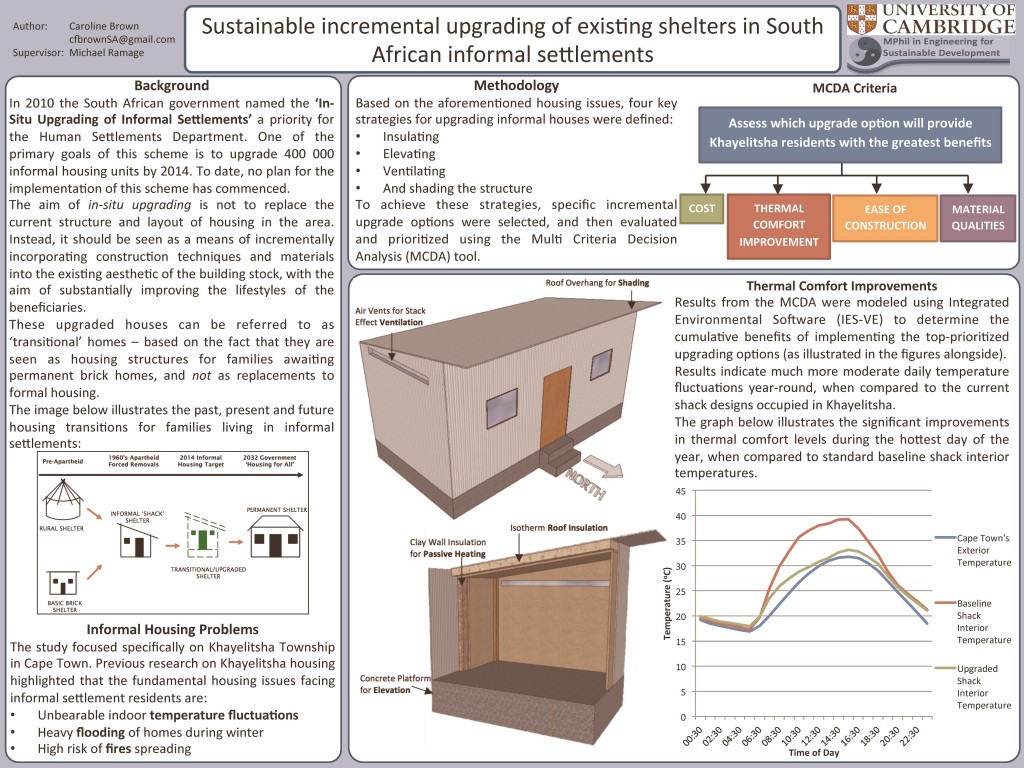 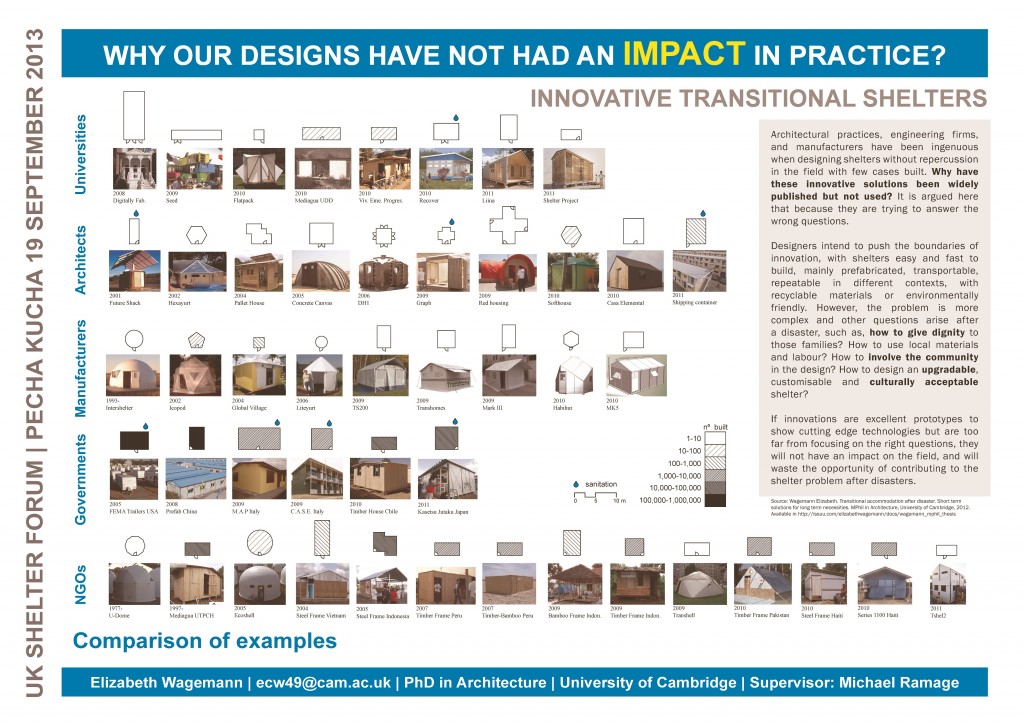 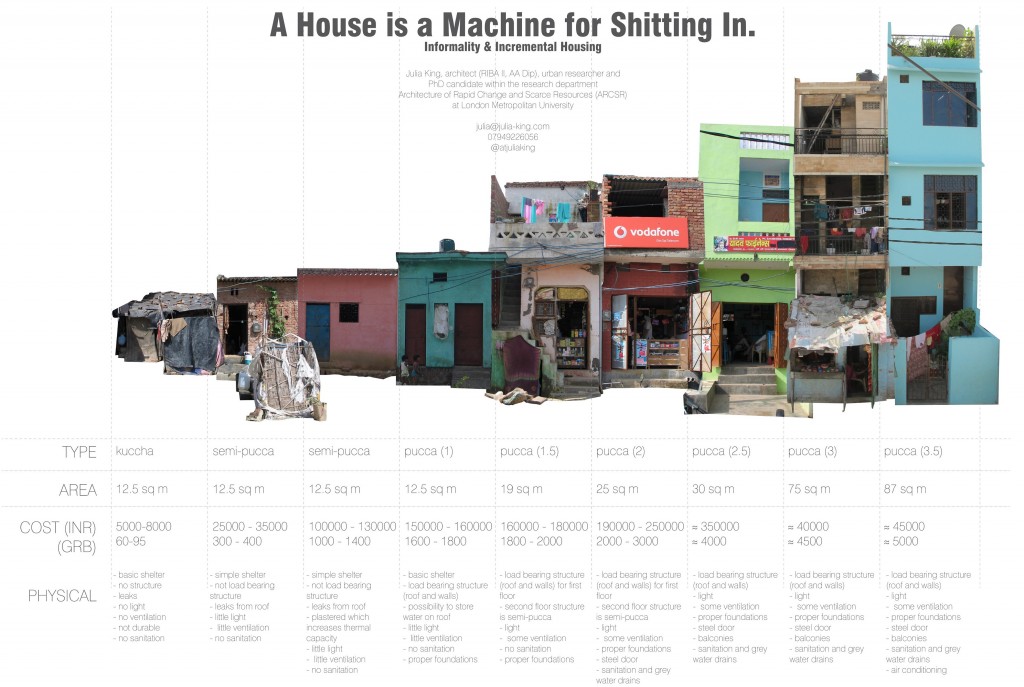 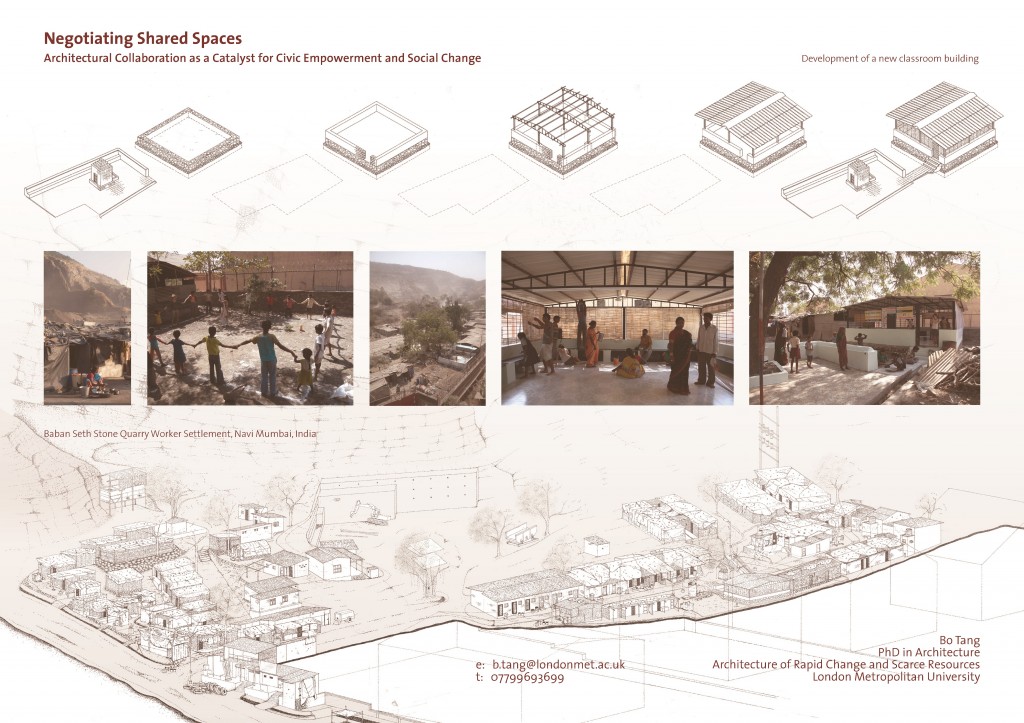 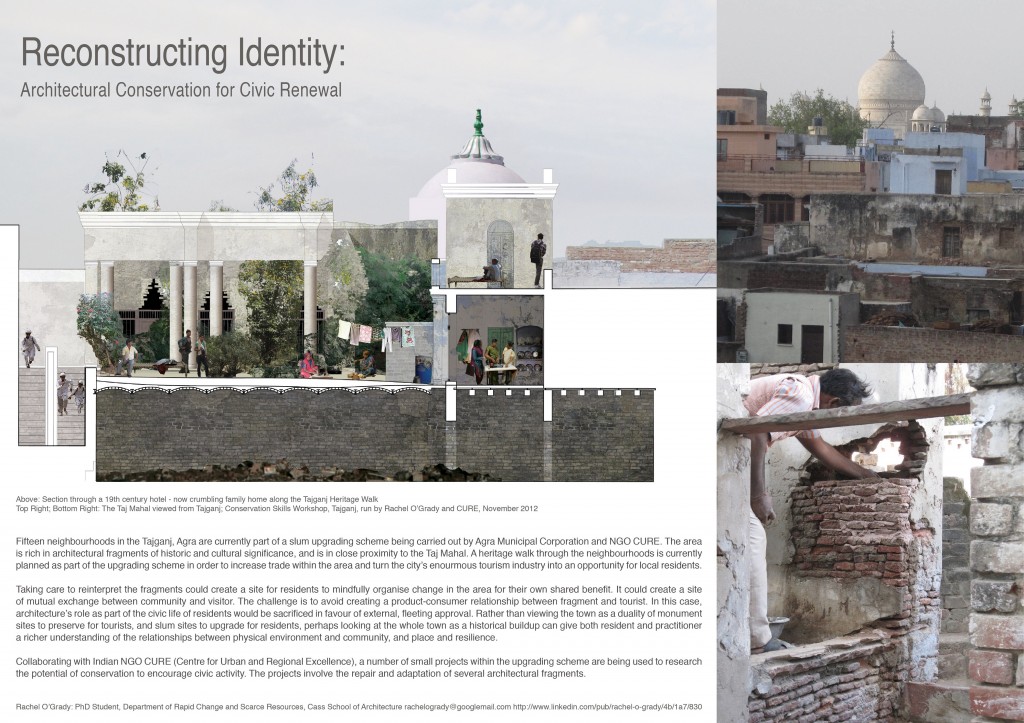 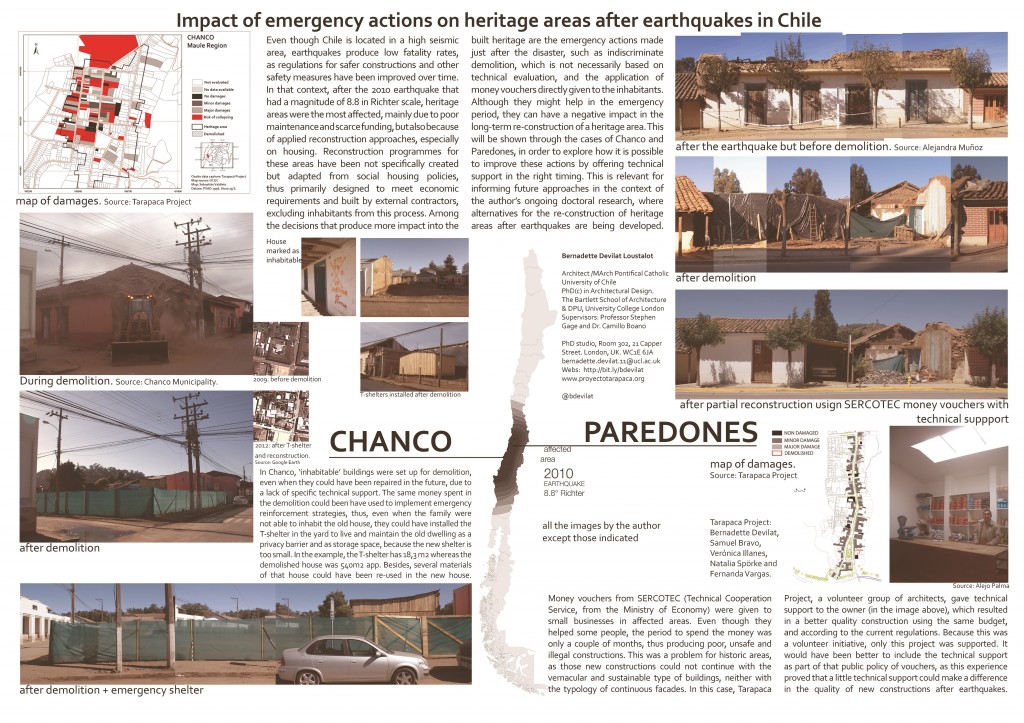 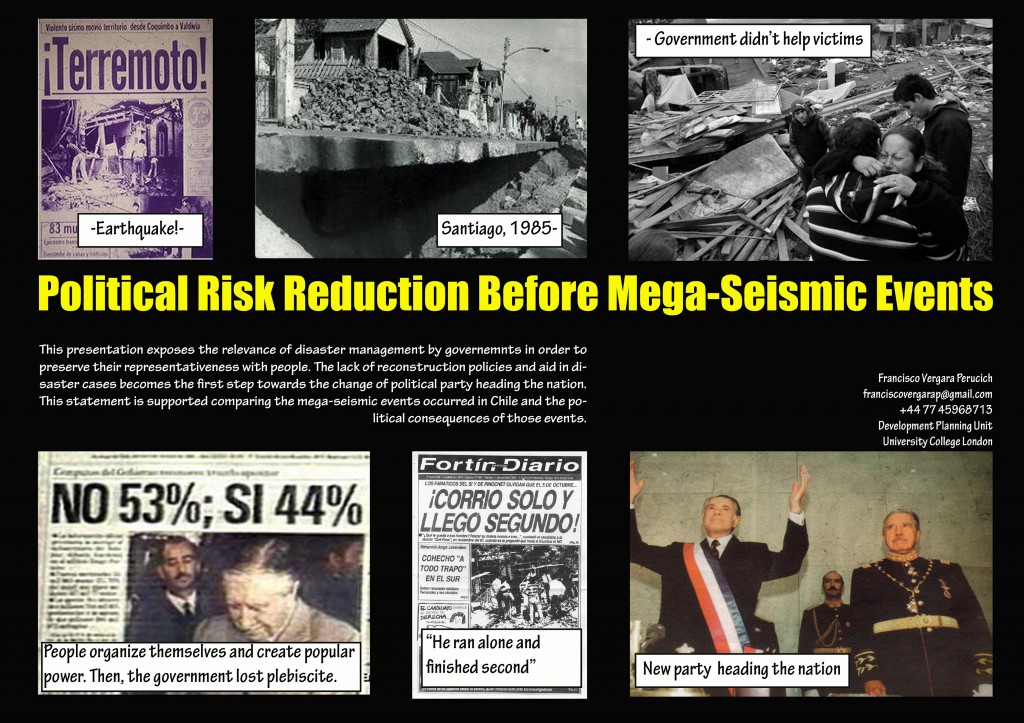 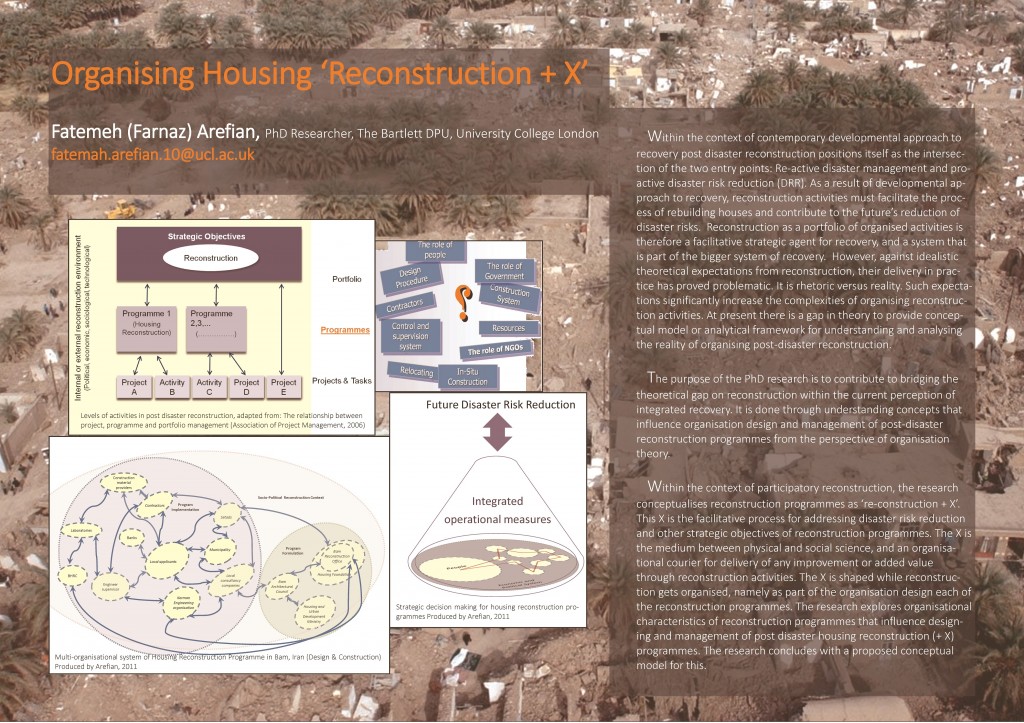 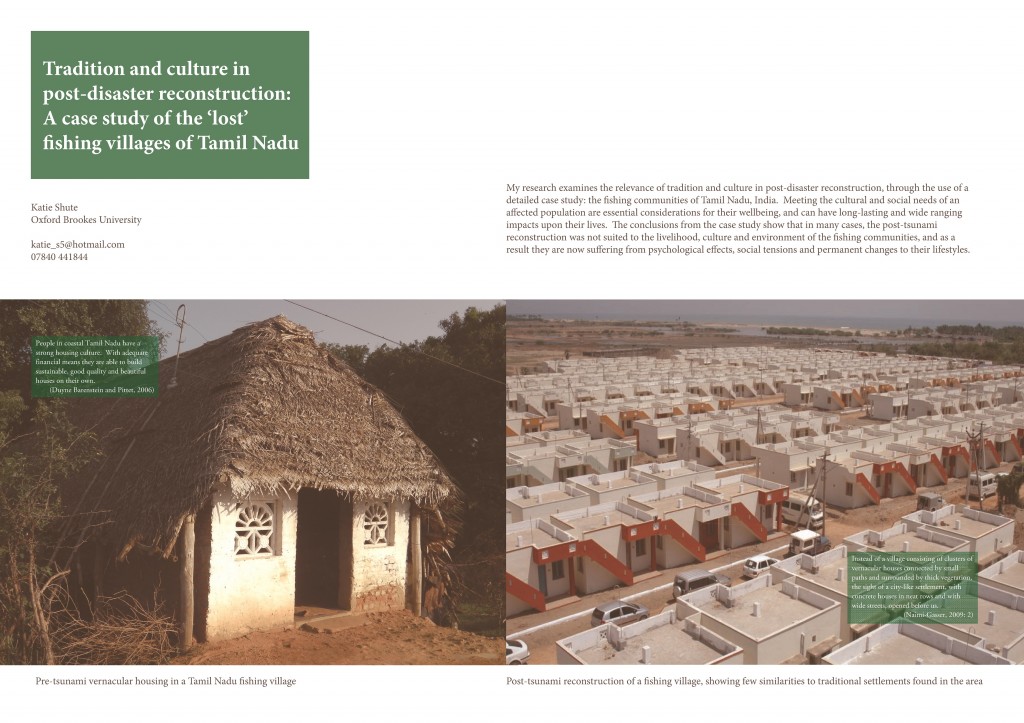 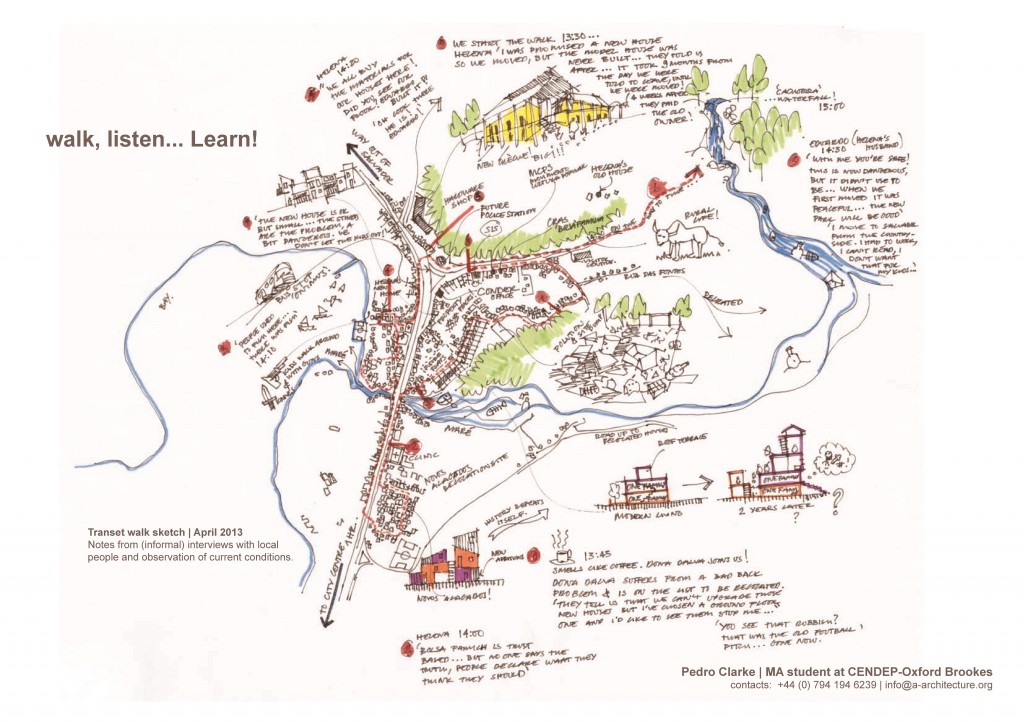 The first ACFID SRG Shelter Forum was hosted by Habitat for Humanity Australia on Friday 21st June 2013.  A pdf report summarizing the forum is available here while the agenda and audio recordings of each of the sessions are below.

On Thursday 5 February 2009 Arup and Oxfam hosted an evening of presentations and discussions focusing on the relationship between the built environment and development sectors.

Using the Pecha Kucha format of 20 slides each shown for 20 seconds, 12 speakers shared their designs, thoughts and experiences of shelter.  The event was attended by a mix of academics, humanitarian practitioners, policy makers and construction professionals and is thought to be the first of its kind in Europe.  Money raised by the Pecha Kucha evening was donated to the UK homeless charity shelter.

The 12 presentations are summarised here.